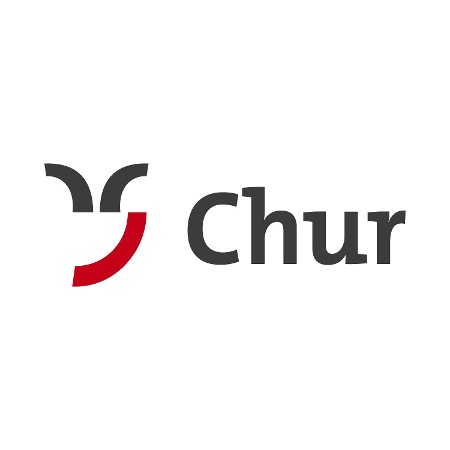 An exciting circuit tour with a fantastic viewpoint and a picturesque mountain village.
moderate
Distance 37.3 km
Duration5:00 h
Ascent1,500 m
Descent1,500 m
Highest point2,042 m
Lowest point584 m
The tour starts at the Chur railway station and leads over the Plessurquai in the direction of Meiersboden. As far as Churwalden, follow the signposted route 255, which leads pleasantly upwards along the beautiful Polenweg. In Churwalden you leave route 255 and shortly afterwards turn left, where the second part of the ascent follows (if the whole tour is too long for you, you can take the post bus in Chur with your bike and start the tour from Churwalden). The route climbs higher and higher and the landscape becomes more and more picturesque, characterised by a rich alpine flora, especially in early summer.  At Foppa, already at 1753 m above sea level, the road branches off to the left. The highest point, the Churer Joch, can be seen from far away. But the legs still have to pedal bravely until then. It's worth it! A far view to the Calanda, the Lenzerheide and the Arosa mountain range opens up. And those who continue at the hut to the summit can see the Alpine City of Chur deep down in the valley.

The descent leads on a single trail in the direction of Tschietschen. Later one drives on a forest road to Furgglis, where there is a beautiful mountain inn. On another trail over the Geissboden the trail continues down to the pretty mountain village of Tschiertschen. The red shining geraniums and many coloured flowers decorate the wooden houses darkened by the sun. The further descent first follows the main road, changing to a single trail above the road to Praden. There again a bit of descent follows on the road until finally a beautiful single trail branches off to the right through the Steinbach forest and leads to the valley near Meiersboden/Araschgen. From there take the road back to Chur.

Chur, the Alpine City, here a visit to the picturesque Old Town is worthwhile. Refresh yourself, for example, on the Kornplatz with a fine Alpine City ice cream in the Gelateria Evviva Plankis.

If you want to shorten the tour a bit, take the Postbus in Chur (incl. mountain bike transport) to Churwalden or Parpan and start the ascent to the Churer Joch from there.