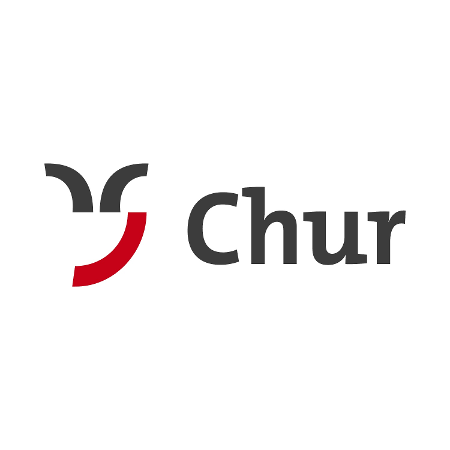 Responsible for this content
Chur Tourismus Verified partner  Explorers Choice
Add comment
Chur is Switzerland's oldest city, with more than a 5,000-year-long history of settlement. The historic centre is incredibly beautiful and completely free from traffic. You will find a wide range of cultural offers, shopping, cafes, restaurants and bars here.
With a settlement history of over 5000 years, Chur is the oldest city in Switzerland and the picturesque old town is considered one of the most fully preserved in the country. Visitors from all over the world discover its sights during a leisurely stroll or on a guided city tour through the winding alleyways. Especially worth seeing are the episcopal palace, the Cathedral of Saint Mary of the Assumption, and the superbly preserved buildings in the old town. Numerous boutiques, restaurants, bars, museums, and galleries, as well as regular markets and events, ensure the traffic-free old town has an almost Mediterranean charm.

Chur has one of the best preserved old towns in Switzerland. In recent decades it has been continuously restored, and today it is almost entirely free of traffic. Red signs lead you through the city and to the most beautiful sights, squares and alleyways. The old town also provides a backdrop for many colourful markets like the farmer's market every Saturday morning between May and October, the monthly flea market on Arcas square and the traditional Christmas market at the end of the year. The many boutiques, restaurants, cafes, bars, museums and galleries create an almost Mediterranean flair in the traffic-free old town.

Above the old town lies the episcopal court and the 800-year-old cathedral with its magnificent golden high altar from the late Gothic period. The cathedral is dedicated to the assumption of the Virgin Mary and is one of the most important cultural monuments in Switzerland. The court area was settled already during Roman times, when it served as a barracks. 451 Episcopal seat with simple basilica. The second cathedral in this place was built in the 8th century. Marble sculptures from that building are now standing in the newer cathedral (ornaments on the St. Lawrence altar and overlay on the St. Fidelis altar).  The current cathedral was built between 1150 and 1272 and, due to the position of our city along pass roads, it shows influences from all major Occidental cultures. Romanesque stone carvings on the capitals and the apostles' pillars. A Gothic sacrament house (1484) and a high altar by Jacob Russ (1486 -1492).

The church that dominates the face of Chur was built after a fire in the city of the remains of a Carolingian church with three apses. It was completed in 1492 and has served as reformed town church since 1526. The south wall is adorned by three impressive stained-glass windows by Augusto Giacometti from the year 1919. The bell tower was constructed in 1509 and got its pointed tip after a series of modifications in 1917 and 1918. The St.Martin's fountain in front of the church was built in 1716, the column and the sculptures were made in 1910 after originals from 1716. A complete restoration was performed in 1990.

Of the Carolingian church with three apses from the first half of the 8th century, only the ring crypt with its confession remain today. 1140 Foundation of the Premonstratensian monastery, Romanesque Expansion (choir and crypt). After 1500 several fires, 1807 foundation of the priest seminary and elevation. 1951/52 restoration in the original style. Late Gothic carved altar (around 1520). Mosaic pictures by Hans Baumhauser(1952).

On guided and themed tours you can learn more about the old town of Chur. Whether individually or in a group, there is a lot to discover on the tours offered by Chur Tourism.

Routes to this place

Deep ravines, impressive panoramic views and witnesses to the history of Graubünden’s transport routes await discovery at the Posterior Rhine.

Discover Switzerland's oldest town on a tour through the city center and the historic Old town. In addition with the Audio Guide from Chur Tourism, ...

The gravelbike tour through the Surselva to Disentis-Sedrun and the Maighelshütte promises not only an exciting journey of discovery, but also a ...

Out of the city into the beautiful recreational area of the Fürstenwald and with panoramic views back into the heart of the Alpine City.

Tour variant on Chur's Mittenberg with a varied single track downhill, which has everything from flowy to technical passages.

Wonderful round trip through the wine region of the Bündner Rheintal and Bündner Herrschaft.

Extensive jogging tour around the Alpine City of Chur along beautiful forest paths and the banks of the Rhine, with a detour through the old town.

Beautiful round tour from Chur, connecting the two new cycle paths Chur-Trimmis and Haldenstein-Chur with the Rhine route.

Pleasant tour through the Chur Rhine valley, ideal for a half day cycling or e-bike tour.

Varied circular tour from Chur or Landquart along the Rhine and through the region of the Fünf Dörfer.